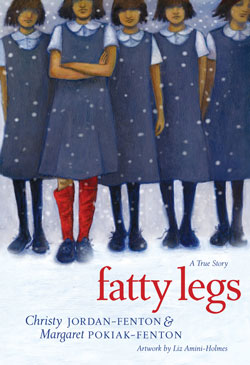 Eight-year-old Margaret has set her sights on learning to read, even though it means leaving her village in the high Arctic. Faced with unceasing pressure, her father finally agrees to let her make the five-day journey to attend school, but he warns Margaret of the terrors of residential schools.

At school Margaret soon encounters the Raven, a black-cloaked nun with a hooked nose and bony fingers that resemble claws. She immediately dislikes the strong-willed young Margaret. Intending to humiliate her, the heartless Raven gives gray stockings to all the girls — all except Margaret, who gets red ones. In an instant Margaret is the laughingstock of the entire school.

In the face of such cruelty, Margaret refuses to be intimidated and bravely gets rid of the stockings. Although a sympathetic nun stands up for Margaret, in the end it is this brave young girl who gives the Raven a lesson in the power of human dignity.

Complemented by archival photos and striking artwork, this inspiring first-person account of a plucky girl’s determination to confront her tormentor will linger with young readers. 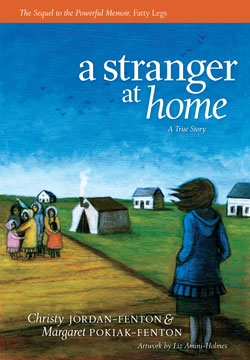 A Stranger at Home

Traveling to be reunited with her family in the arctic, 10-year-old Margaret Pokiak can hardly contain her excitement. It’s been two years since her parents delivered her to the school run by the dark-cloaked nuns and brothers.

Coming ashore, Margaret spots her family, but her mother barely recognizes her, screaming, “Not my girl.” Margaret realizes she is now marked as an outsider.

And Margaret is an outsider: she has forgotten the language and stories of her people, and she can’t even stomach the food her mother prepares.

However, Margaret gradually relearns her language and her family’s way of living. Along the way, she discovers how important it is to remain true to the ways of her people—and to herself.

Highlighted by archival photos and striking artwork, this first-person account of a young girl’s struggle to find her place will inspire young readers to ask what it means to belong. 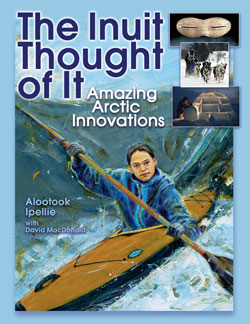 Today’s Arctic communities have all the comforts of modern living. Yet the Inuit survived in this harsh landscape for hundreds of years with nothing but the land and their own ingenuity.  In all, more than 40 Inuit items and ideas are showcased through dramatic photos and captivating language. From how these objects were made, to their impact on contemporary culture, The Inuit Thought of It is a remarkable catalogue of Inuit invention. 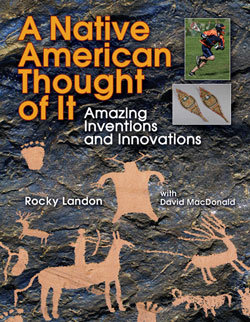 A Native American Thought of It

Everyone knows that moccasins, canoes and toboggans were invented by the Indigenous people of North America, but did you know that they also developed their own sign language, syringe needles and a secret ingredient in soda pop? Other clever inventions and innovations include sunscreen, surgical blades, diapers, asphalt, megaphones and hair conditioner. With descriptive photos and information-packed text, this book explores eight different categories in which the creativity of First Nations peoples from across the continent led to remarkable inventions and innovations, many of which are still in use today.

Packed with exciting infographics that capture the history and culture of Native Americans in the U.S. and Canada, this compact and innovative approach decodes information simply and clearly. Using highly colourful, vibrant layouts including maps, pictographs, charts, and timelines, the book builds understanding with answers to questions such as How did the first humans come to America?, How did the arrival of European settlers affect Native American populations?, and What are some issues Native Americans face today?