Joan Moss is an Associate Professor in the Department of Applied Psychology and Human Development at the Institute of Child Study at OISE/UT. A former elementary school teacher, her research has focused on the design of developmentally based curricula highlighting areas of mathematics that are traditionally challenging for students. Her research on early algebra has appeared in numerous international publications. Since 2011, Joan has been a co-Principal Investigator of the Math for Young Children (M4YC) project, which supports the teaching and learning of spatial reasoning in Early Years classrooms. Most recently, she collaborated with the Robertson Program for Inquiry-Based Teaching in Math and Science to expand the M4YC initiative to include collaborations in four First Nations communities and with the Rainy River District School Board. Joan has won many honours and awards, including the award for Distinguished Contributions to Teaching. 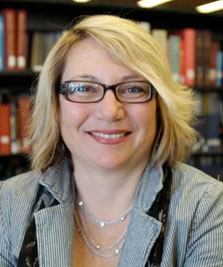 Catherine D. Bruce is an Associate Professor at the Trent University School of Education and Professional Learning. Catherine is a co-Principal Investigator of the Math for Young Children (M4YC) project. She won a SSHRC Award in 2013 to continue this research into early mathematics and young children’s spatial reasoning. A former teacher, Catherine has been studying teaching and learning for 25 years. She teaches mathematics methods courses at Trent where she brings her passion for mathematics teaching and learning to teacher candidates. In 2012–2013, Catherine was honoured to receive the prestigious Ontario Confederation of University Faculty Associations (OCUFA) teaching award. Additionally, she received the 2015 International Eduardo Flores Leadership Award for her contributions to action research locally, nationally, and internationally. Key areas of research include teacher and student efficacy, the effectiveness of alternative models of professional learning for teachers, the use of technology in the mathematics classroom, as well as teaching and learning in the difficult-to-learn areas of fractions and algebra. Her awesome family of boys keeps her on her toes. Bev Caswell is the Director of the Robertson Program for Inquiry-Based Teaching in Mathematics and Science at the Dr. Eric Jackman Institute of Child Study (Ontario Institute for Studies in Education at the University of Toronto). She works collaboratively with educators to design participatory learning environments that invite students to engage with ideas and develop a deeper understanding of mathematics concepts. Bev completed her doctoral research focusing on equity in mathematics. She is dedicated to working with students typically underserved by the educational system. Bev has ten years’ experience as an elementary school classroom teacher and fifteen years’ experience in pre-service and in-service teacher education. She is married and is the mother of four dynamic individuals. 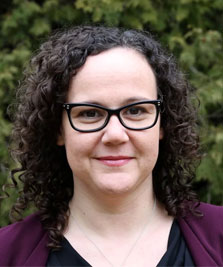 Tara Flynn is an educator, author, and editor who has worked with Dr. Cathy Bruce in the fascinating world of mathematics education research since 2007. As Project Manager and Research Officer, Tara has worked with countless dedicated and innovative educators, and has been an integral member of the Math for Young Children (M4YC) team since the project’s inception. She has co-authored several publications on young children’s spatial reasoning and has presented widely on this topic. As an editor, Tara cut her teeth at Alternatives Journal, and more recently has edited numerous teacher resources in mathematics education. She is the awestruck mother of a 20-year-old son. Tara has spent the past nine years trying to explain to her family what she does for a living, and is really hoping that this book will help to answer that question.

Zachary Hawes is a Ph.D. candidate in the Numerical Cognition Laboratory at the University of Western Ontario. Prior to this, he completed his M.A. and teacher training at the University of Toronto’s Dr. Eric Jackman Institute of Child Study. Not wanting to leave the Institute, and having developed a keen interest in how children learn mathematics, Zack stayed on to work as a research officer for four years. His past and current research is broadly focused on understanding the development of mathematical thinking and ways in which to improve such learning. More recently, he is interested in studying the relationship between spatial and numerical cognition, with the ultimate goal of using this information to leverage classroom instruction. Other interests include painting, traveling, and playing basketball.