A powerful and visually stunning anthology from some of the most ground-breaking Native artists working in North America today.

Truly universal in its themes, Dreaming In Indian will shatter commonly held stereotypes and challenge readers to rethink their own place in the world. Divided into four sections, ‘Roots,’ ‘Battles,’ ‘Medicines,’ and ‘Dreamcatchers,’ this book offers readers a unique insight into a community often misunderstood and misrepresented by the mainstream media.

Whether addressing the effects of residential schools, calling out bullies through personal manifestos, or simply citing hopes for the future, Dreaming In Indian refuses to shy away from difficult topics. Insightful, thought-provoking, and beautifully honest, this book will to appeal to young adult readers. An innovative and captivating design enhances each contribution and makes for a truly unique reading experience. 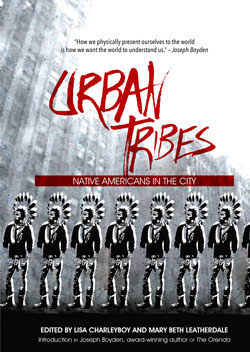 Emotionally potent and visually arresting, Urban Tribes profiles young urban Natives, exploring how they connect with Native culture and values in their contemporary lives. Their stories are as diverse as they are. From a young Dene woman pursuing a MBA at Stanford to a Pima photographer in Phoenix to a Mohawk actress in New York, these urban Natives share their unique perspectives to bridge the divide between their past and their future, their cultural home, and their adopted cities.

Unflinchingly honest and deeply moving, contributors explore a wide-range of topics. From the trials and tribulations of dating in the city to the alienating experience of leaving a remote reserve to attend high school in the city, from the mainstream success of Electric Pow wow music to the humiliation of dealing with racist school mascots, personal perspectives illuminate larger political issues. An innovative and highly visual design offers a dynamic, reading experience. 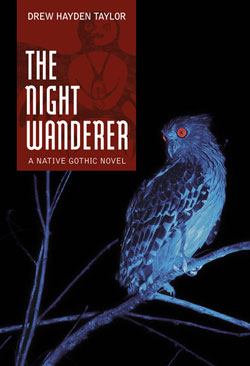 Nothing ever happens on the Otter Lake reservation. But when 16-year-old Tiffany discovers her father is renting out her room, she’s deeply upset. Sure, their guest is polite and keeps to himself, but he’s also a little creepy. Little do Tiffany, her father, or even her astute Granny Ruth suspect the truth.

The mysterious Pierre L’Errant is actually a vampire, returning to his tribal home after centuries spent in Europe. But Tiffany has other things on her mind: her new boyfriend is acting weird, disputes with her father are escalating, and her estranged mother is starting a new life with somebody else.

Fed up and heartsick, Tiffany threatens drastic measures and flees into the bush. There, in the midnight woods, a chilling encounter with L’Errant changes everything ... for both of them. 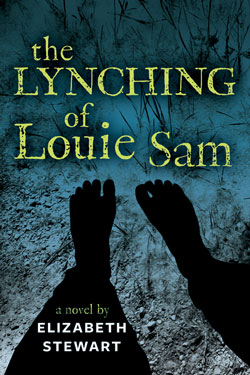 The Lynching of Louis Sam

Murder, racism, and injustice wreak havoc in a frontier town. The year is 1884, and 15-year-old George Gillies lives in the Washington Territory, near the border with British Columbia. In this newly settled land, white immigrants have an uneasy relationship with the Native Indians. When George and his siblings discover the murdered body of a local white man, suspicion immediately falls on a young Indian named Louie Sam. George and his best friend, Pete, follow a lynch mob north into Canada, where the terrified boy is seized and hung.

But even before the deed is done, George begins to have doubts. Louie Sam was a boy, only 14—could he really be a vicious murderer? Were the mob leaders motivated by justice, or were they hiding their own guilt? As George uncovers the truth, tensions in the town begin to rise, and he must face his own part in the tragedy.

Inspired by the true story of the lynching, this powerful novel offers a stark depiction of historical racism and the harshness of settler life.