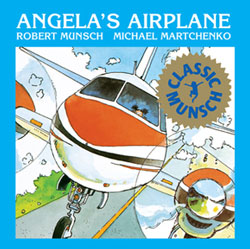 While looking for her lost father at the airport, Angela ends up in the front of the plane. She decides to push just one button, and then another ... and another ... 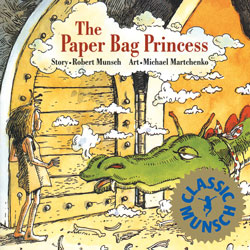 The Princess Elizabeth is slated to marry Prince Ronald when a dragon attacks the castle and kidnaps Ronald. In resourceful and humorous fashion, Elizabeth finds the dragon, outsmarts him, and rescues Ronald--who is less than pleased at her un-princess-like appearance. 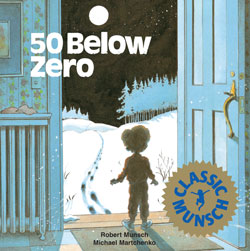 All night long, Jason gets woken up by strange noises that lead him to find his dad in the most unexpected places—from on top of the refrigerator to the freezing cold woods outside his house. In order to finally get a good night’s sleep, Jason musters up all of his resources and comes up with a most unexpected solution—tying his dad’s toe to the bathroom doorknob to keep him in place. Megan is told to feed the pigs, but not to open the gate. She does of course, and the results are hilarious as the pigs help themselves to coffee and the newspaper at the breakfast table, follow Megan to school, and ride home by way of the school bus. A Promise is a Promise

When Allashua disobeys her parents and goes fishing on the sea ice, she has to use her wits to escape and to further trick the Qallupilluit when she promises to bring her brothers and sisters back to them.