How can one person inspire great change? 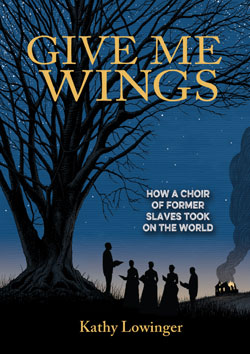 Give Me Wings: How a Choir of Former Slaves Took on the World

Changing minds one song at a time. The 1800s were a dangerous time to be a black girl in the United States, especially if you were born a slave. Ella Sheppard was such a girl, but her family bought their freedom and moved to Ohio where slavery was illegal; they even scraped enough money together to send Ella to school and buy her a piano. In 1871, when her school ran out of money and was on the brink of closure, Ella became a founding member of a traveling choir, the Jubilee Singers, to help raise funds for the Fisk Free Colored School, later known as Fisk University.

Framed within Ella’s inspiring story, Give Me Wings! is narrative nonfiction at its finest, taking readers through one of history’s most tumultuous and dramatic times, touching on the Civil War, Emancipation, and the Reconstruction Era. People Who Said No

Sometimes it’s okay to ignore the rules or break the law. In fact, it’s essential! This thought-provoking book features people who did just that: Sophie and Hans Scholl, siblings who distributed antigovernment pamphlets in Nazi Germany; and Andrei Sakharov, who helped develop the nuclear bomb in Cold War Russia, but then spoke out against its use.

Some, like Rosa Parks, were not originally in positions of political power but came out of the ranks of regular citizens to stand up for human rights. Others, like Oscar Romero, archbishop of El Salvador, used their power to change the status quo.

Also included are Helen Suzman, a South African member of parliament who fought apartheid; Aung San Suu Kyi, who spent years under house arrest for protesting the dictatorship in Burma; and the people of Egypt, who recently brought down the repressive government of Hosni Mubarak. 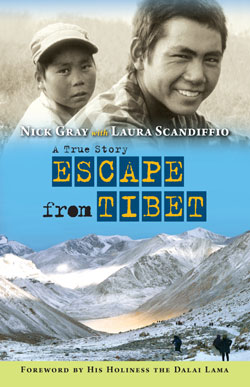 Two brothers face cruelty, hardship, and hope, on the ultimate journey in search of freedom.

Eleven-year-old Tenzin hasn’t seen his older brother, Pasang, in five years, so he is thrilled when Pasang unexpectedly returns to their Tibetan village late one night. Now eighteen, Pasang is an educated monk whose return from India provokes the suspicious and ever-watchful eyes of the Chinese authorities.

Unbeknownst to Tenzin, Pasang has conspired with their mother to leave again—taking his younger brother with him, this time, in search of a better life.

Based on the true story of the brothers’ journey in the mid-1990s first made into an acclaimed documentary by Nick Gray, Escape from Tibet is a riveting tale of courage, adventure, and triumph. A foreword by His Holiness the Dalai Lama and an introduction provide historical context. Black and white photographs of Nick Gray’s travels through Tibet vividly evoke the boys’ homeland, and a timeline, glossary, and maps further contextualize the Tibetans’ controversial and ongoing struggle with China. 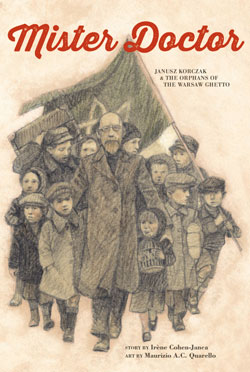 Mister Doctor Janusz Korczak and the Orphans of the Warsaw Ghetto

November 1940. A parade walks through the streets of Warsaw, waving a flag and singing. They are 160 Jewish children, forced by the Nazis to leave their beloved orphanage.

Their new home is in the ghetto, a prison for Jews. Day by day, more people arrive. Some are forced to live on the street and freeze to death. Others die of disease and starvation. Though they lack food, warmth, and freedom, the children’s spirits are sustained by the steadfast respect and kindness of “Mister” Doctor.

This profoundly moving illustrated book is based on the true story of the celebrated Polish educator, writer, and doctor Janusz Korczak. His works inspired the Universal Declaration of the Rights of the Child, which was adopted by the UN in 1959.

With mood-setting artwork and lyrical text, Mister Doctor allows young readers to meet the remarkable man whose humanity and bravery still stand as a glimmer of light in one of history’s darkest periods. 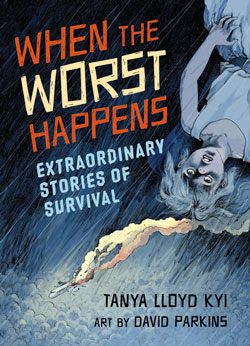 When the Worst Happens Extraordinary Stories of Survival

What would you do if you were stranded or trapped in a situation where you had to fight for your life? When the Worst Happens is a collection of intense, true stories set in distant corners of the earth.

In extreme situations such as these, people can pull together, show almost super-human skill, and survive. But sometimes they face madness, greed or mutiny. These action-packed accounts reveal the critical decisions that determined the fate of each victim. 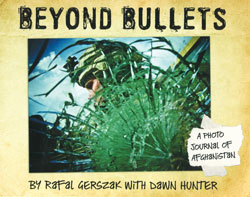 Beyond Bullets: A Photo Journal of Afghanistan

Award-winning photographer Rafal Gerszak spent a year embedded with the American military in Afghanistan, where he used his camera to document everyday life in the war-torn country. While there, he developed a deep affection for the land and its people, and he later returned on his own. Despite the dangers around him, he continued taking photos, exposing the plight of that besieged country.

Framed by journal entries that relate his experiences on two levels—as a foreigner looking for a deeper connection to a country that has stirred him, and as a journalist looking for another side to the story—Beyond Bullets addresses the volatile situation in Afghanistan with sensitivity and profound insight. Through Gerszak’s lens, readers can see the shattered aftermath of military attacks and dismal hospitals and refugee camps, but they can also experience the vibrant activity of life in the markets, at home and on the Muslim day of rest.

Featuring more than 40 of Gerszak’s photographs and at once harrowing and heartrending, Beyond Bullets is as illuminating as it is riveting. 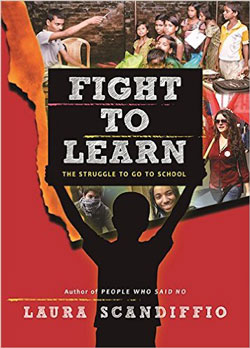 Fight to Learn: The Struggle to Go to School

In many countries around the world, universal access to education is a seemingly unattainable dream; however, determined individuals with vision and drive have made this dream come true for many.

This book highlights people such as Okello, a former child soldier in Uganda, who founded a school for children like himself whose education was derailed by war; Julia Bolton Holloway who realized that the only effective way to educate Roma children was to teach literacy to their parents at the same time; Shannen Koostachin, a passionate 13-year-old whose fight for the right of First Nations children to have proper schools endured even after her untimely death.

These uplifting stories of people who were undeterred in their fight to bring education to children will leave young readers with excellent models of how to mobilize support when fighting for social justice. 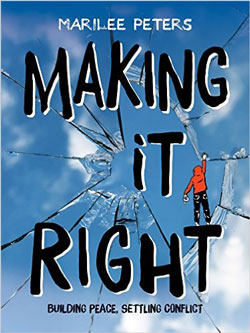 What if there were no prisons? Alternative approaches to dealing with crime are underway around the world to explore how victims, offenders, and communities can heal rifts and repair damage. It’s often called restorative justice. It’s a way to think about the deeper reasons behind crimes, and suggests that by building more caring communities, it’s possible to change our societies—and ourselves.

Making It Right relates true stories of young people who are working in innovative ways to further peaceful resolution of conflict and to heal past wounds. The book begins with individual injustices, such as bullying, and works up to collective ones, like wars. Each chapter begins with a dramatic fictional account, making the topic engaging and relevant for kids. Restorative justice isn’t going to change the world overnight, nor will it end all crime or prevent all wars. But it’s a powerful way to get teens thinking about how they can participate in building a more peaceful society.